Tune in on Saturday, March 21, 2015 (6pm-9pm) for the interview with MISSING DAVE on KTUH’s A Feast of Friends
with DJ NOCTURNA AND LANA SALDANIA.

Missing Dave is a Hawaii-based 4-piece rock band that originally formed in 1999.

The band released an independent self-titled original album in May 2004, and their original music has been played and featured on KPOI 97.5 FM, Star 101.9 FM, and KTUH college radio.

They have also performed with other top national acts such as 3 Doors Down, Everclear, Collective Soul, Alien Ant Farm, Ra and Powerman 5000, as well as local Hawaii standouts Go Jimmy Go & Pepper. 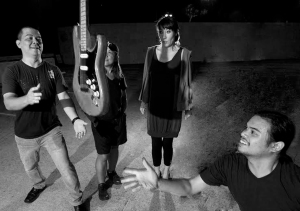 Please tune in to A Feast of Friends with your host DJ Nocturna and Lana Saldania on KTUH 90.3 on Saturday, March 21, 2015 (6pm-9pm) Honolulu, Hawaii for my interview with actor, director, screenwriter and author, CRISPIN GLOVER.

Most of you may remember some of Crispin Glover’s memorable screen roles such as his portrayal of the eccentric, George McFly in Back to the Future, Layne in River’s Edge, Andy Warhol in The Doors, The Knave of Hearts in Alice in Wonderland and so much more.

Glover also started a production company called Volcanic Eruptions, which publishes his books and his other interesting and provocative films such as “What Is It?” and “It is Fine. Everything is Fine!” Glover is touring with his movies and he is will be coming to Honolulu to show them and discuss on Friday, March 27 and Saturday, March 28, 2015 starting at 7:00 PM.

Brought to you by Equus Hotel & Kitchen Movie Society, Crispin Glover and his Amazing Live Performance and Films which will be playing at NEXT DOOR (43 North Hotel St).

Catch the interview this Saturday, March 21 (6pm-9pm). Thank you for your continued support !

Friday, March 27, 2015 at NEXT DOOR
Go here for tickets: https://www.eventbrite.com/e/crispin-glovers-big-slide-show-part-2-and-film-its-fine-everything-is-fine-tickets-16014151759

Crispin Glover will be available for free Autographs &
Photographs after the show.

There will be books available at the show for signing.

Mr. Glover makes certain to meet with all people
in the line for the book signing even if the show
goes late.

This event is for 21 Years of Age and Older,

Anyone Under 21 will not be admitted

“Crispin Hellion Glover, auteur, is a force to be reckoned with.” Laura Kern the New York Times

“Absolutely the most uncompromising and original thing I’ve seen. People try to compare it to the likes of surrealist hero Luis Bunuel and trailblazer Werner Herzog, but I say Glover has transcended even them” Kelly O, the Seattle Stranger Weekly 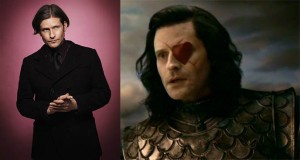 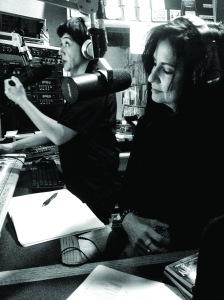 In order for KTUH to improve the quality of our overall
programming, replace old equipment and maintain existing equipment to better serve you, our listeners, KTUH is raising money and asking for your continued support. We are having an on-air fundraiser and we’ll be asking you to please donate. 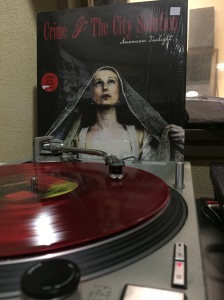 You can also donate online: http://www.ktuh.org

IF you donate $50 you will get a KTUH t-shirt and a KTUH sticker.
If you donate $100 on any show you get an invite to the KTUH Mixer Event, where you will have the chance to meet and hang out with some of KTUH’s favorite DJs and management.

A Feast of Friends will also be giving away T-shirts and CDS.. Stay tuned and listen to DJ Nocturna and Lana Saldania on A Feast of Friends on Saturday, March 21, 2015 and see how you can get your T-shirt and cd.

The KTUH Radiothon Launch Party will be happening on Saturday, March 14 from 7pm to 2am at Anna O’Briens.

DJ NOCTURNA ALONG WITH DJ MR. NICK AND ROSS JACKSON WILL BE HOSTING THIS EVENT.

Come out and meet your favorite DJs and Personalities who will spinning….
Such as DJ Vina, DJ No Name, DJ Patrick, DJ Righteous Rob, Sejika, ALSO SPECIAL GUEST DJ ORI and LIVE MUSIC WITH DISCORD AND RYE 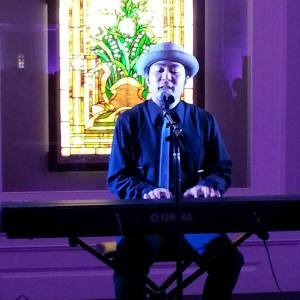 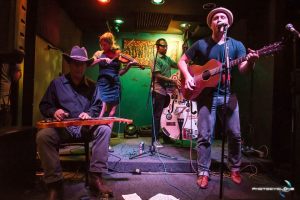 SPECIAL THANKS TO EVENT COORDINATOR DJ ZILLA, DJ RHOMBUS- SOUNDMAN, ALL KTUH DJS, THE STAFF AND
MANAGEMENT/ADVISOR OF KTUH FOR MAKING THIS POSSIBLE.. BUT MOST OF ALL, THANK YOU TO YOU, YES YOU, OUR FAITHFUL LISTENERS FOR YOUR PASSION AND LOVE..WE WOULDN’T BE HERE IF IT WASN’T FOR YOU.

I’m really looking forward to be talking to Seattle theatre veteran Maria Glanz and her wildly popular one-woman show when it comes to the Hawaii Theatre stage for a limited engagement.

SEE ME NAKED is an intimate, vulnerable, empowering, interactive comedy that examines what it means to be naked, both literally and symbolically. It has won audience acclaim and numerous awards since its 2001 premiere. Says director Elizabeth Klob, “This is a rare show; it combines all of the elements I love in theatre.
SEE ME NAKED tells a story, reveals something personal about the performer and engages the audience in an authentic way.”

Check out what the Press are saying about Maria Glanz & SEE ME NAKED. Please tune in this Saturday !

“Maria Glanz crafts a strange, beautiful, thoughtful show. Glanz is fascinating, and this show takes the strangest route to being thought-provoking of any show I’ve seen at the Fringe. 5 Stars.” – Liz Nicholls, The Edmonton Journal

“Ways you may feel about being naked: humiliated, humble, humorous, hairy. Whatever – bring it on, Maria Glanz can take it. She’s brilliant… A cross between Julia Sweeney and a Chatty Cathy doll, Glanz is at once fragile and powerful – kind of like the naked human body itself.”
– Seattle Times

“A comic, compelling hour exploring society’s attitudes on nakedness, and why we feel the way we do about being in the buff. 4 Stars.” – Jenny Gabruch, Saskatoon Star-Phoenix

“Glanz proves a cunning performer who exposes her vulnerability about her body long before anything else. The naughtiness has been stripped away, and we are left with a woman making us look in the mirror. 5 Stars.” – Kevin Prokosh, Winnipeg Free-Press

“Maria Glanz is almost excruciatingly vulnerable in her solo show. It begins with a hilarious attempt at a striptease, then turns into a presentation – complete with cue-cards – on nudity through the ages. Glanz is so disarming that you soon get into it. The title is not just a teaser. We do. And she’s lovely.” – Amy Barratt, The Mirror (Montreal)

“Depending on the crowd, one could rename this one-woman (and one-drummer) show: See You Naked… Written and masterfully performed by Seattle’s Maria Glanz, this play is a thought-provoking exploration of body image and concept of nakedness. 4 stars.” – Mike Ross, The Edmonton Sun

“Words cannot describe how pleasantly surprised I was by this piece. Maria Glanz delivers a warm, sensitive meditation on our relationship to our bodies that is amusing and inspiring. 5 stars.” – Kurt Spenrath, SEE Magazine (Edmonton)